It’s a problem that has plagued many local communities for years. But, ELNC is making huge gains when it comes to improving that.

Mireya Murrieta has experienced that firsthand. Her 9-year-old son, Abraham, was one of the first children to attend one of ELNC’s early education sites.

Abraham is currently a third-grader at San Juan Diego Academy in Wyoming. It is a private parochial school that is a part of the ELNC preschool pipeline. The school has roughly 200 students. Many of them previously attended preschool through ELNC. 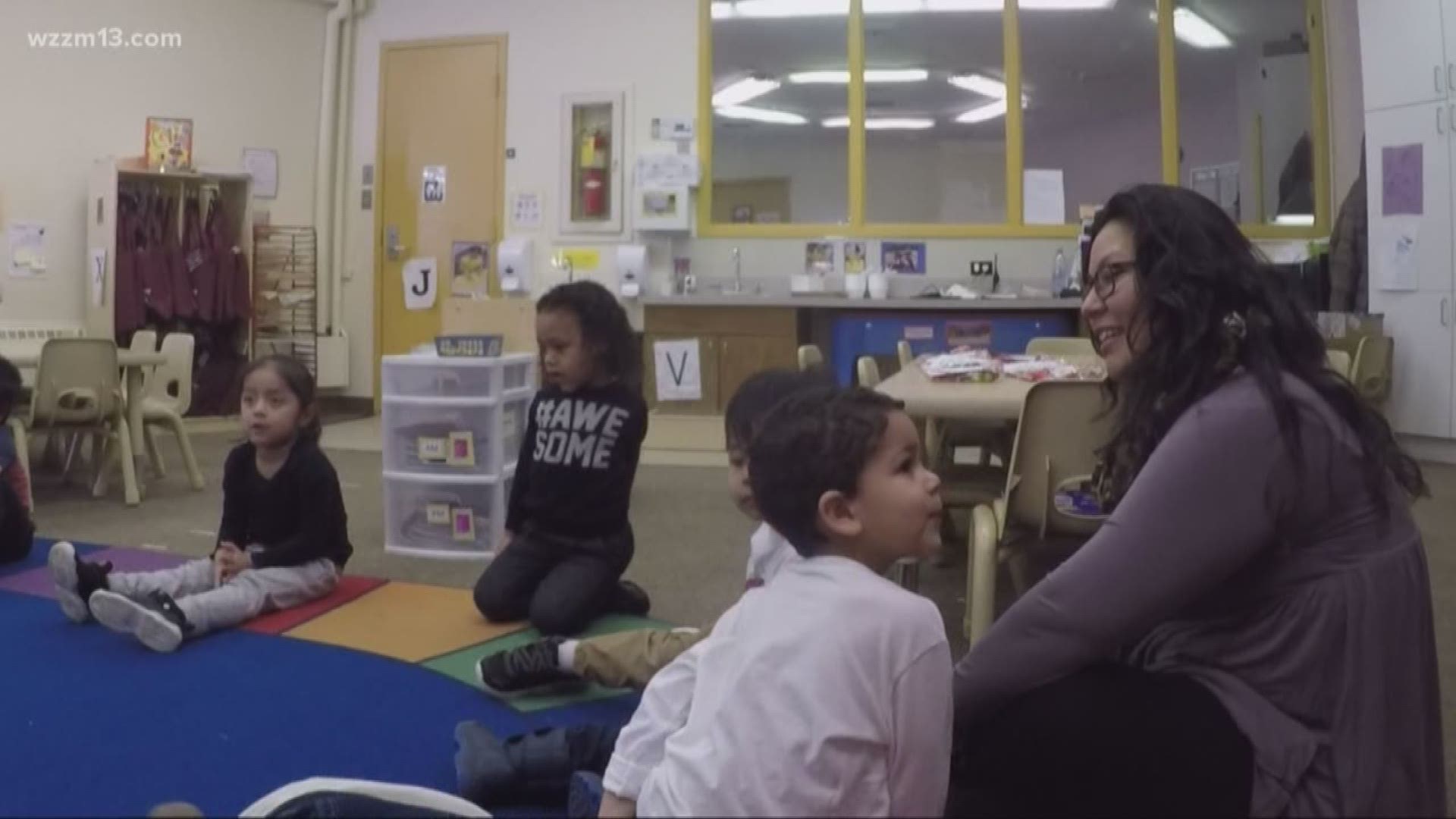 “It is extremely valuable. Kids are not having to start over,” said principal Rick Muniz. “They come in and get going right away.”

Muniz says he and his teachers can immediately tell the difference between students that have had preschool and those who have not. Abraham’s love of school is clearly evident as he interacts with other children and his computer lab teacher. This day the class is learning about computer coding.

“The teachers say he’s a good student and a good child,” says Mireya.

Her son has dreams of growing up to one day become a video game programmer— a goal he will no doubt accomplish. Abraham is thriving in school and testing off the charts. He is also a poster child for the success ELNC has accomplished throughout the years.

“Abraham actually started as a two-month-old in our Baby Scholars Program,” said Eva Martinez, the Community Outreach Manager for ELNC. “He was in the program from 2 months to 4 years old.

He went from Scholars, to Head Start and then preschool, at ELNC’s Early Learning Center on Vries Street in Grand Rapids.

“At that point was a teacher and ended up being Abraham’s teacher,” said Martinez. “He was one of our first children to graduate from the ELNC.”

She remembers him as a sweet, shy boy, who in the very beginning only understood Spanish. Thanks to ELNC’s commitment to cultural competency, language never became an obstacle for Abraham.

“For example, ELNC is making sure that we have Spanish speaking people inside the classroom,” Martinez explained.

“I spoke Spanish when I went to preschool. I got held back in kindergarten because I didn’t speak English, so I understand how important it is for the families and the children, because they will be behind.”

Martinez says she is extremely proud of the fine young man Abraham is becoming. She is equally proud of his mother, Mireya.

“She came to school with him every day. She was very active in her child’s learning. But, she was also active in the classroom doing things and asking if there was anything we needed,” explained Martinez. “Eventually it came to a point where we asked her if she would like to be a teacher in the classroom.”

At first, Murrieta said “no.” She was concerned her English was not strong enough. But, the seed had been planted.

She began learning English along with Abraham and the other children like him.

“My English is not perfect, but I try,” she says.

“She was already a leader. She had those tools. We were just there to help her along and give her the support,” says Martinez. “Mireya is now a certified teacher and is working in the classroom that used to be Abraham’s. We just gave her that little push.”

ELNC’s involvement in the Murrieta family is representative of how the organization operates. Through its two-generation approach, ELNC makes a commitment to educate children and help uplift families.