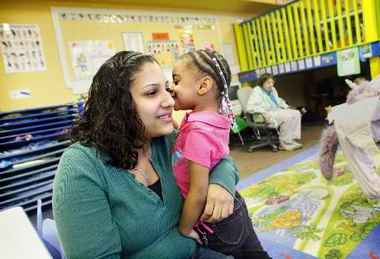 The lease is for four years at $30,000 per year, with an annual Consumer Price Index adjustment for inflation after the first year, according to Julie Davis,
executive director of business and finance for GRPS. The school, located at 644 Cordelia St. SW, has been vacant for three years.

RELATED: Nonprofit hopes to hammer out lease soon with GRPS to lease Roosevelt school for a preschool

ELNC, a nonprofit, will make the necessary capital improvements to bring the building up to code, which would be at least $100,000. Those improvements would revert back to the district at the end of the lease.

“The focus is to offer quality preschool for 4-year-olds to prepare them for kindergarten,” said Nkechy Ezeh, executive director of the ELNC, and associate professor of education & director of Early Childhood Education Faculty of Education last month. “The goal now is to rehab and remodel the building.”

She tentatively expects to serve about 84 children from January through August.

School board questions about the amount and length of the lease delayed action on Aug. 6. The initial lease discussed was for one year for the same price. The group always planned to bring the building up to code.

ELNC’s mission is to “create and provide targeted neighborhood collaborative partners with technical, developmental and educational support in order to increase the accessibility of early educational resources for vulnerable children.”

The group is planning and designing a preschool service system aimed at providing, expanding and sustaining the capacity of high quality early care and education programs in the vulnerable neighborhoods of Grand Rapids.

Board member Jon O’Connor said he was happy to see the lease for ELNC extended to four years to serve children in the community.

In January, the nonprofit announced it received a four-year, $5 million grant from the W.K. Kellogg Foundation to help carry out its mission.

Details about enrolling kids in the preschool program is expected in the coming weeks.