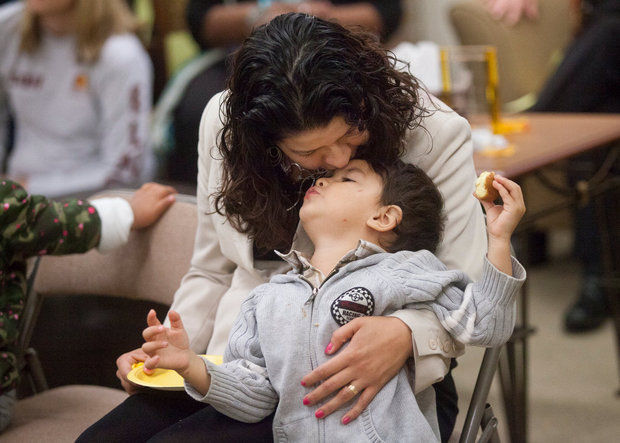 But this week, parents could be seen walking their 3- and 4-year-olds to and from the new tuition-free preschool, the ELNC Early Learning Center, located 641 Vries St. SW, that now occupies the space and is filling a void parents say.

The Early Learning Center, which held a ribbon cutting ceremony Tuesday, Sept. 24, is the latest in a string of preschools to open in the inner-city to increase access to early learning opportunities so children in low-income neighborhoods are prepared for kindergarten.

“ELNC is about children and seeing children realize their potential,” said Nkechy Ezeh, CEO of the Early Learning Neighborhood Collaborative focused on changing the reality of vulnerable children in the city, including through neighborhood preschools. “We have to get these children ready for kindergarten and get them ready for life.”

As of this October, she said the organization would have created 320 new preschool slots for children who would not have had access to early learning that’s critical for their foundation.

Nick Cox said his son, Josiah, 4, is fortunate to have the preschool just a couple blocks from home.

“Being here in this neighborhood, this program is giving a lot children the opportunity to go to school,” he said. “Josiah likes school, learning new things and meeting new people.”

Mireya Murrieta’s 3-year-old Abraham attends the school. She said she is excited to have a preschool back in the community because of the number children in the area in need.

More than 80 percent of Grand Rapids students are not kindergarten-ready. That’s one of the key reasons why the W.K. Kellogg Foundation awarded ELNC a four-year, $5 million grant in 2012. The group, which has multiple partners in the neighborhoods it serves, is also supported by the Doug and Maria DeVos Foundation.

Grand Rapids schools, which is leasing the building to ELNC for $30,000 per year, early childhood staff has also assisted the group.

New or expanded preschool classrooms opened by ELNC in 2012 and this year include: