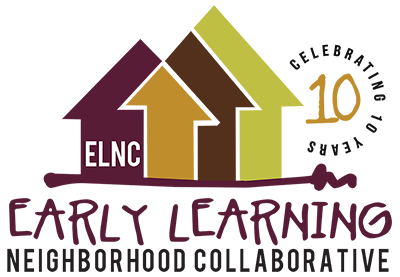 The goal is for the Early Learning Neighborhood Collaborative to ensure that more children are prepared for school success by having an improved learning environment in their first four years of life.

Foundation officials said the group has already successfully created center-based high quality preschools for 3- and 4-year-olds in neighborhoods on the West and Southeast sides with the first $5 million grant awarded in 2012.

“ELNC is one of the leading early childhood stakeholders in Kent County, and serves as a model for the rest of the state,” said Ali Webb, the foudnation’s director of Michigan programs about the second grant.

“By partnering with organizations on the ground, ELNC has expanded the capacity of high-quality programs, thereby advancing and supporting the sustainability of an early childhood education system in Grand Rapids.”

Nkechy Ekere Ezeh, CEO of the collaborative, said they first proposed the concept of a place-based model built with a “bottom-up” approach to address the problem of children without access to quality early childhood education.

Ezeh said the effort teamed up with seven partners to operate programs in eight locations, including in Grand Rapids Public Schools. She said in October, a new birth-to-age 3 program opened in two classrooms last year at The Other Way Ministry.

“I never in my wildest dreams imagined just how much we really could accomplish in such a short time,” said Ezeh, who said the second funding award is confirmation that concentrated intervention strategies are working.

The plan to increase access is through engaging parents and deepening partnerships with other providers and partner organizations.

Yazeed Moore, a foundation program officer, said ELNC has done great work in creating 500 slots for children to attend preschool. He said the first grant was focused on providing slots for 4-year-olds and some 3-year-olds.

“This next round of Kellogg support will be around how do you build early childhood systems in those target neighborhoods from birth to age 5, beginning to look at infant and toddler work, while also continuing to provide 3- and 4-year-old preschool slots,” said Moore.

“Research shows that a child needs more than one year of preschool, so if we can be a bit more intentional about building this continuum from birth to age five it improves our chance for making sure kids are ready to learn and keep pace in the K-12 system.”

Ezeh said the nonprofit is committed to its core beliefs:

• Every child deserves a fair chance at success in school and life.
• The economic security of families is crucial to creating the optimal conditions through which children can develop, learn and grow.
• People have the inherent capacity to solve their own problems and that social transformation is within the reach of all communities.
• Racial healing and racial equity are essential if we are going to accomplish our mission to create conditions in which vulnerable children can succeed.